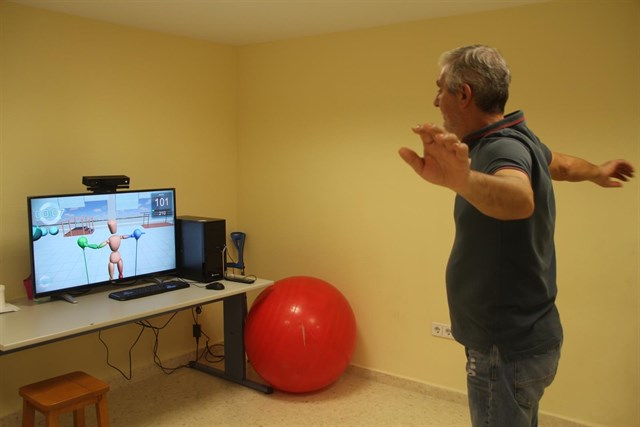 This week, continuing with a subject matter focused on different health conditions that can result in a neurological injury, we will look at anoxias in more detail. In this post we will analyze different aspects related to this health condition: starting with what causes it and all the way to possible rehabilitation treatments.

But, before that, let’s go back to basics: exactly, what is an anoxia? It is normally described as a complete lack of oxygen supply to the brain for a period of time longer than what the compensatory mechanisms responsible for avoiding neuronal death can tolerate. On the other hand, if there is a partial supply of oxygen, then we would be talking about a hypoxia. In both cases, it is highly likely that the consequence of any of these events (hypoxia or anoxia) will be a brain injury.

Our brain represents nearly 2% of our body mass, but it uses almost 20% of all of the oxygen that enters our body. The reason for this is that, although brain tissue is capable of resisting between 4 and 5 minutes without oxygen, if this time is exceeded, significant damage can take place. Also, once the 15-minute mark is surpassed, it is possible that more than 95% of the brain tissue in that area is damaged.

In general, the known types of anoxia will correspond to the main cause responsible for the reduction in the oxygen supply to the brain. In this way, we can talk about four different types:

Ischemic anoxia is probably the most frequent type. In the next paragraphs we will look in more detail at the main causes for the different types of anoxias described in this section. We will also analyze the consequences and the different factors that will have a direct effect on the severity of the resulting brain injury.

What Causes an Anoxia?

But, what consequences can those who have suffered an anoxia experience?

Consequences of an Anoxia

The consequences associated with an anoxia will depend on a number of factors, among which we find:

Duration: of course, the longer brain tissue has been without an oxygen supply, the greater the associated damages will be.

Age: as is normally the case with other neurological conditions, age has a direct effect on the severity of an injury. The older the person, the greater the damage caused can be.

Comorbidities: suffering from other health conditions prior to the event that caused the anoxia will also result in more severe impairments.

Resuscitation: the resulting impairments will also be more severe if the resuscitation was complicated or if it was a long process.

Affected Area: once more, the resulting impairments will be more severe the larger and more diffuse the affected zone is.

Moreover, some of the main impairments that affect patients are:

Epileptic Seizures: can appear in one out of every three affected individuals.

Sensitive-motor Disorders: generalized weakness or only in the lower extremities.

Unfortunately, treatments for anoxia can vary depending on existing clinical impairments. These can go from isolated cognitive impairments to a possible brain death. However, this health condition is normally associated with both higher disability rate and dependency rates among those individuals that survive the acute phase. Some epidemiological studies indicate that up to 65% of patients who have suffered an anoxia, will require assistance to complete the activities of daily living at discharge.

On the other hand, independently of the type of anoxia that caused the brain injury, affected patients will benefit from participating in a rehabilitation program. In this way, since the impairments affecting these patients will be both physical and cognitive, they should ideally receive a multidisciplinary treatment.

Rehametrics will be very useful for those individuals who suffer from different impairments due to an anoxia because it offers them a multidisciplinary approach to rehabilitation from any location that has an Internet connection. And, of course, enabling healthcare professionals to prescribe fully personalized rehabilitation sessions that can be monitored in detail from any location that has access to the Internet.