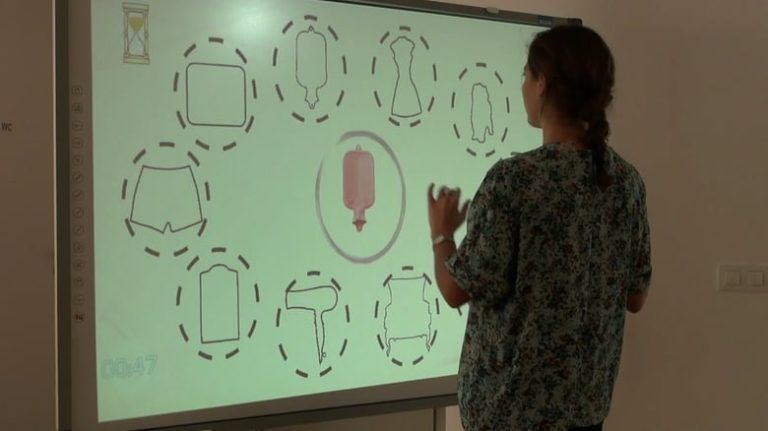 During the last few weeks we published several posts focused on different cognitive functions. Continuing with the spirit of those posts, we will now look at one of them in more detail. This week we will look at gnosias. This cognitive function is not as well known as others that we have already discussed (like executive functions, for example) but however, it is just as important to our everyday life.

As a result, what we will do in this post is to summarize and explain what are gnosias, what are their main characteristics and what type of gnosias are known. Moreover, we will also look at possible treatment options that are available and the different ways in which gnosias can be rehabilitated using digital technologies. However, just as we did in previous posts, the first thing that we have to do before going into details about different aspects related to this cognitive function is to explain what are gnosias. Gnosias, above all, are used in our daily lives to recognize places that we already know, specific locations (for example, where is my room inside my house), the faces of family members or of people we know, etc.

In general, gnosias are understood as the capability that our brain has to recognize data previously collected and learned using our senses: sight, hearing, smell, taste and touch. When we say “data”, we refer to information related to places, objects or even persons. In some gnosias, only one sensory channel is used, that is, only one of our senses is involved. However, other gnosias exist that are more complex and that do require the simultaneous use of more than one sensory channel. In these cases it will be necessary to use data collected from more than a single sensory channel. In this way, we can talk about several types of gnosias:

Visual Gnosias: the capability to recognize and make sense of visual stimuli. Stimuli can be shapes, faces, objects or colours.

Body Scheme Gnosia: the capability to recognize one’s own body as a whole, but also to recognize the different parts of the body separately.

Characteristics and Types of Agnosias

However, when a person cannot recognize a previously-learned stimulus (like an object) without suffering from a perception, language or intellectual impairment, we can say that an agnosia exists. Furthermore, just as there are several types of gnosias, there are also several types of agnosias. Here is a list with some examples:

Verbal Auditive Agnosia: refers to the inability to distinguish the sounds made by speech from other types of sounds.

Simultagnosia: the inability to interpret a complex scene it its entirety or by observing its individual parts.

Acromatognosia: the inability to properly categorize colour, although it is perceived.

Visual Object Agnosia: the inability to recognize objects or to know their function.

Spatial Perception Impairments: difficulties in finding objects, in the perception of depth or in line orientation.

Topographical Agnosia: refers to the difficulty to recognize external topographic signals like streets, houses or buildings. Individuals that suffer from this type of agnosia, however, will not have any problem in drawing a map or giving verbal instructions to get to a location.

There are more types of agnosias, but the ones mentioned above describe the most common ones.

Although there are several treatments available for agnosias, their utility will vary according to the type of agnosia that affects each patient. One of the most common treatments is cognitive rehabilitation: the use of specially designed tasks to train the affected cognitive function.

In this case, patients will normally start using recognition exercises. For example, displaying several letters and asking patients to build one or several words with them. Another good example of exercises that are normally used is to display several versions of the same image, each of them rotated randomly on their central axis. In this case, patients will be asked to search -among the rotated images- for the image that corresponds to the one shown initially. Similarly, visual interference can also be used to train object recognition. In this type of exercise, an object will be displayed behind a line grating that makes its recognition more difficult. Patients will have to recognize, among several options, the image that corresponds to the object shown behind the grating. As we will see in the next section, there are several exercises available in Rehametrics designed just for that.

How to rehabilitate agnosias with exercises?

Among the more than 110 cognitive rehabilitation exercises available in Rehametrics, there are several that were designed for agnosias. Here are some examples:

Expression: Letters: several letters will appear all over the screen. Patients will select those letters that build a word, ignoring those that act as distractors. 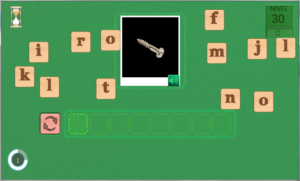 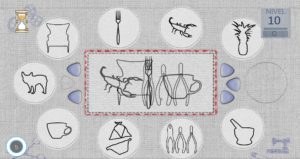 Spatial Orientation 2D I and II: the image of a real world object is shown in the center of the screen while several versions of the shadow or the outline of that same object are displayed around the central image, all of them randomly rotated by different values on their central axis. Patients will have to search for the rotated shadow or outline that corresponds to the initial image. 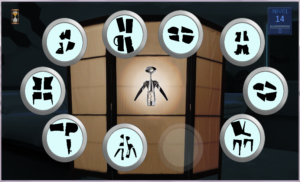 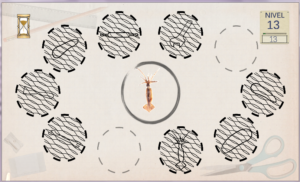 Simple and Complex Visual Perception I and II: several images are shown behind gratings and patients must select the one that corresponds to the image shown in the center of the screen.